Why Bristol is leading the UK’s robotics revolution 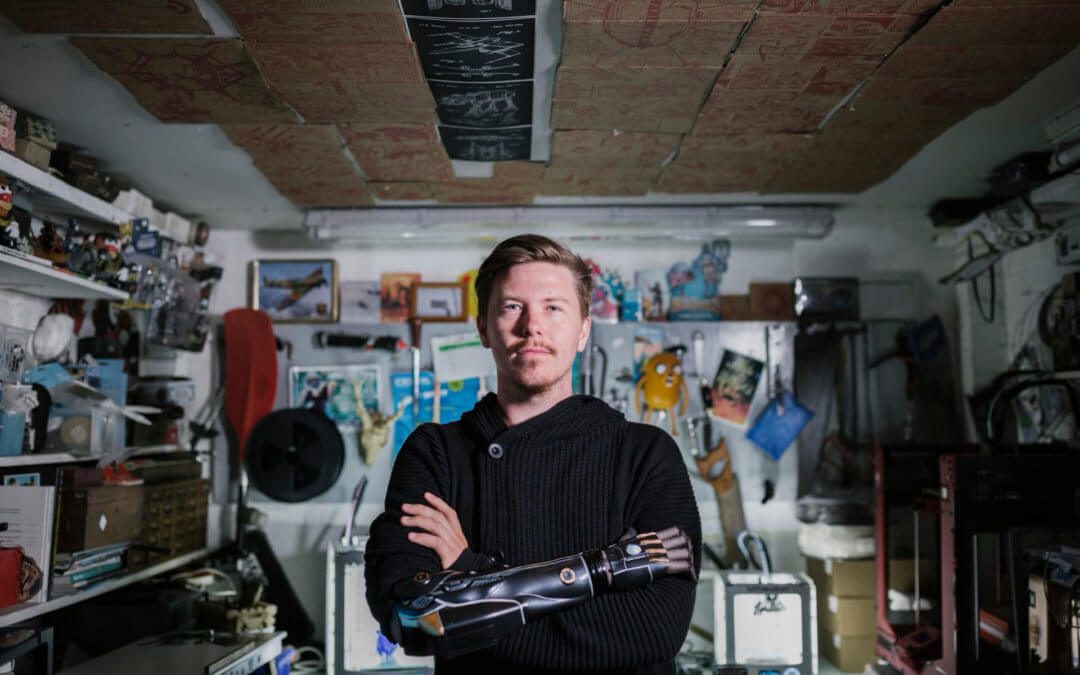 It’s the middle of the summer holidays and the University of the West of England (UWE), just north of Bristol city centre, appears eerily deserted. The car parks are empty and the buildings are almost all silent. But in a quiet corner of the campus, a group of the UK’s smartest engineers are hard at work developing world-leading robots such as 3D-printed bionic limbs for children, robotic animals for the elderly, and futuristic wheelchairs.

Bristol has become the foremost city in the UK for companies developing robotics inventions. The combination of office space and academic courses from the UWE and the University of Bristol, and local investors, has led world-leading hardware firms to choose it as a base.

Two hundred years ago, engineer Isambard Kingdom Brunel used the city as a home for some of his most audacious projects. The Great Western Railway originated there as did the passenger steamship SS Great Britain.

Today, Bristol is home to giant engineering firms such as Dyson, BAE, Airbus and Rolls-Royce. But a quiet revolution is taking shape in Bristol’s engineering laboratories.

The Future Space building on the UWE site houses a warren of small engineering facilities. It’s a hive of activity, a world away from the empty campus outside. Samantha Payne, one of the founders of robotics firm Open Bionics, darts from room to room, showing off the various spaces that the firm occupies.

In one, a loud whirring comes from shelves of 3D printers working around the clock to produce the plastic components needed to quickly create mechanical arms for child amputees.

“Bristol has been a great place for us,” Payne says.

Working as a freelance journalist in 2013, Payne interviewed Open Bionics’s co-founder Joel Gibbard. His ambitious plan to dramatically cut the cost of bionic limbs convinced her to start the business with him the following year. The pair were offered free space in the Bristol Robotics Laboratory.

“It was kind of just a room that they had spare,” Payne recalls. “Now it’s a really big incubator which offers a lot of resources to young hardware companies.”

Five years on, Open Bionics has raised more than $8m (£6.5m) in funding and has seen a dramatic increase in orders since it launched its bionics arms in America.

“This has been a really big step change in production,” Payne says. A complete arm in a box in the production room will be posted to an eight-year-old boy. Payne picks up the limb showing how its lightweight plastic fingers can be controlled.

Many of Open Bionics’ arms are painted with designs from Disney and Marvel films, a decision which the company hopes will make the devices more appealing to children. “It’s not an easy process” to get licences, Payne says, but the businesses “understand what we’re trying to do.”

Improving the lives of youngsters around the world, whose parents often struggled with the high cost of artificial limbs as their children grew, has helped Open Bionics to hire engineers from larger Bristol firms.

“Hiring for technical roles is pretty easy,” Payne says, adding the firm has never had to use a recruitment agency. Stark contrast to more competitive cities such as London where start-ups fight for engineers, as salaries spiral higher.

“We’ve hired some engineers from Dyson who worked on hairdryers or things that are not super-meaningful,” Payne says.

Many people become engineers “because they want to solve real world problems,” she adds, “they want to see their work have a tangible effect in real life.” That’s helped Payne’s firm attract employees who are not motivated by the bumper pay at larger firms.

The ease of hiring engineers in Bristol is a common boast from start-up executives in the city.

The city is “a hotspot for robotic engineering,” says Sebastian Conran, chief executive of Bristol robotics firm Consequential Robotics. “Of course we can recruit around there. It’s not as expensive as London to live in. It’s a lot nicer place to live.”

Conran doesn’t have the typical background of a start-up founder. He’s the elder brother of designer Jasper Conran, and a well-regarded designer in his own right who started his career designing album covers and clothes for The Clash when he lived with band frontman Joe Strummer.

Now, Conran is a visiting professor of design and innovation at the Bristol Robotics Laboratory, where his firm is developing its MiRo robots.

The animal-like robots are designed to help the elderly, Conran says. He foresees a time where such devices could remind the elderly to take their medication, and could use cameras to track if they have fallen ill.

Conran uses his weekly phone calls with his 86-year-old mother, Lace author Shirley Conran, as an example of the kind of analysis that robots could do. “I can tell within the first couple of words what her state of mind is,” he says. “Tone of voice is really important. You can recognise if people are having a seizure or look as if they’re having a stroke.”

Investors on the hunt

New data compiled by PitchBook shows that robotics firms in Bristol have been consistently bringing in investment. Companies in the city have already raised double this year – £7m – than they did in 2018.

Many investors are now making the 100-minute train journey from London to Bristol in search of businesses to back. Rob Parkes, chief executive of Service Robotics, has seen investors attracted to the area: “It’s great when you’re doing multiple pitches to try and raise money and half of them are actually in Bristol,” he says.

Like Conran, Parkes is hoping to use his GenieConnect system to improve the lives of the elderly. He’s currently testing 200 of the robots which can make video calls to carers, and hopes to put them on sale at the start of 2020.

The robotics firms such as Service Robotics which cram the hallways of the various office spaces on the UWE campus are becoming increasingly attractive to investors.

Mark Corderoy, an incubation manager at UWE, says investors “get a lot more value for their money investing in a Bristol company than they would in a London company simply because the cost of everything is lower.”

The local universities also help students to figure out exactly how they’re going to turn their ideas for projects into businesses which could raise money and bring in revenue.

Undergraduates often take paid internships at existing firms before starting their own businesses, with students encouraged to experiment with various ideas before they go their own way.

“It’s regarded as perfectly normal” for university students in Bristol to pursue start-up ideas, says Prof Arthur Richards of the University of Bristol. “I wouldn’t say we all lean very heavily on our students and they’re all expected to do a start-up by year one but it does influence the culture.”

The universities often have to “graft the business background” on to fledgling start-ups which have originated from a more technical, academic field, Corderoy says.

Even with the help offered by the universities, robotics firms can still struggle to get products to customers.

One Bristol firm, Reach Robotics, called in administrators after a creditor put pressure on the business, which sells toy robots.

And Parkes is looking forward to putting GenieConnect on sale, but admits that the process of developing it has been “really, really difficult.”

Creating robots is a costly business, says Richards. “It needs to be expensive. Cheap robots are like cheap power tools, they just don’t really deliver,” he says.

Open Bionics has figured out how to make its advanced bionic arms for a fifth of the price of traditional products, Payne says, but she’s now facing a battle to make them available on the NHS.

Open Bionics’ arms are cheap enough to be covered by the NHS, but outdated regulations block the NHS from offering “multi grip” bionic hands, because they have traditionally been too expensive.

Payne perches on a stool inside the Future Space robot laboratory and explains the roadblock for her firm.

She’s spent months trying to contact Health Secretary Matt Hancock over the issue, but is optimistic that Open Bionics will eventually be able to deliver its 3D-printed limbs to more children. It’s “an easy win” for the NHS, she says. “The economics of it are really obvious.”

-Taken from The Telegraph

You can find out more about which cookies we are using or switch them off in settings.

This website uses cookies so that we can provide you with the best user experience possible. Cookie information is stored in your browser and performs functions such as recognising you when you return to our website and helping our team to understand which sections of the website you find most interesting and useful.

Strictly Necessary Cookie should be enabled at all times so that we can save your preferences for cookie settings.

If you disable this cookie, we will not be able to save your preferences. This means that every time you visit this website you will need to enable or disable cookies again.